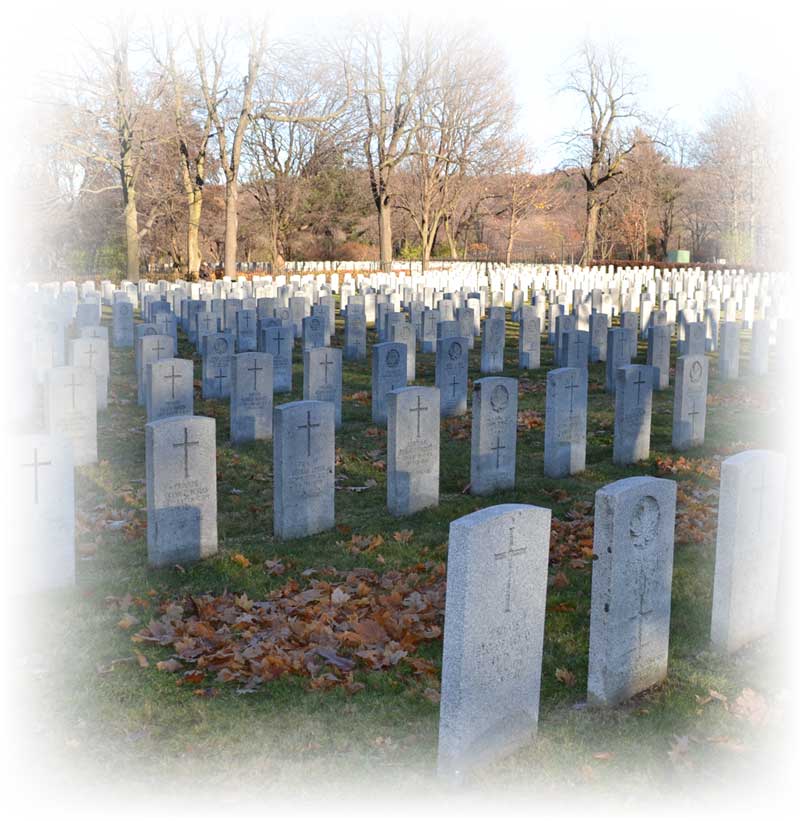 Who are they?
WHERE DO they REST?

They were in the prime of their life. They were brave, some will say, incautious will say others. Had it not been for their sacrifice, the world would not be what it is today.

Please note that this site is under construction. The database is not complete and many of the photos received have not yet been added.

In Quebec, we estimate that about 9,000 men and women have lost their lives in service, from the Boer War1 (1899-1902) to the present day. Many of them had barely emerged from their teens. They fought with courage, far from their loved ones and in terrible conditions.

Unfortunately, the soldiers who died in the First and Second World Wars received little recognition in Quebec. Thus, many of these heroes are illustrious unknowns. With the desire to pay them tribute, Paul-Émile Richard and Josée Tétreault combined their skills and expertise to build this database.

We determine Quebec soldiers as: any person (male or female) born in Quebec or living in Quebec at the time of their enlistment, or who are buried in Quebec.

In addition to honoring the memory of our deceased, this database is intended to serve as a tool for genealogical research. Bearing in mind that the graves of soldiers buried overseas do not appear in Quebec’s civil registers, it is sometimes difficult to retrace the relatives we lost in these conflicts.

For soldiers of the First and Second World Wars, the information contained in this database comes mainly from the Canadian Virtual War Memorial and the Commonwealth War Graves Commission websites as well as from the military records of these soldiers. In order for searchers be able to access all available information2 links to their files (on the Library and Archives Canada site for the First World War or on the Ancestry site for the Second World War) have been added. For navy members who died as a result of the torpedoing of their boat, we have added links to the Uboat.net site to find out the circumstances of their death, since their records are not accessible online.

Do not hesitate to let us know of any corrections that should be made to this database, which is constantly evolving.

1 For the first time in its history, Canada sent troops to participate in a war overseas.

2 Note that the paper file available at the National Archives of Canada in Ottawa generally contains more documents.